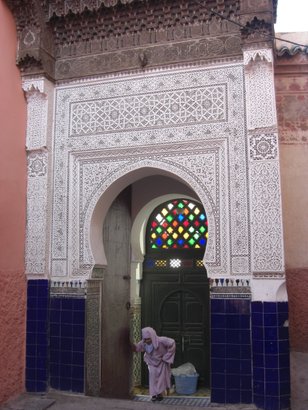 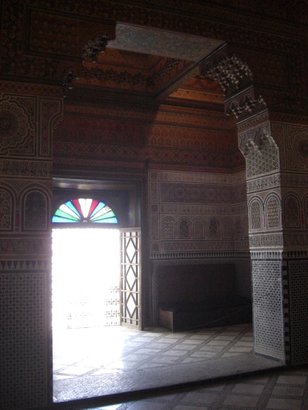 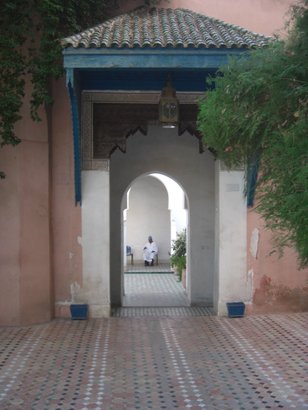 The words of the Moroccan explorer Ibn Battuta (1304-1369) are every bit as true today as they were almost eight centuries ago:

“Marrakesh is a beautiful city that can only be compared to Baghdad, large and well-constructed, surrounded by majestic ramparts and with a souk stocked with a thousand merchandises: it possesses magnificent palaces, madrazas and mosques and the most important one, known as the mosque of the booksellers (kutubiyin) has an extremely high minaret from which the whole city and the snow-covered mountains can be seen."

I visited Marrakesh in Morocco twice, in 2009 and 2010, and have often dreamt myself back. The backdrop of the snow-capped Atlas Mountains; the large palm tree and olive groves; the fragrance from the sizzling tagines - the traditional clay pots placed over coals to slow-cook savory stews; a stroll along the walls of the Medina; or venturing into the lively, labyrinthine souks. All are vivid memories. The aesthetics of the place is irresistible, with its Arab-Andalusian architecture, moorish ornaments and proportions; even (if one is so inclined) the Art Deco architecture and hippie mecca of the new city. I have visited no place more photogenic: Marrakech will make everyone think they have an artistic eye! 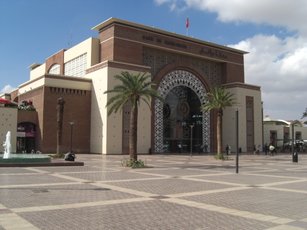 Is it possible that this is the most beautiful railway station in the wold? The Gare de Marrakech was opened in 2008 and is the southern end-point of the Moroccan railway system. Take the train here to Agadir, Fez, Casablanca, Tangier and beyond... 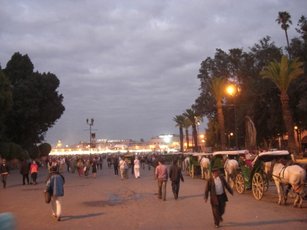 As you walk towards the famous Jemaa el-Fna square in the Marrakesh Medina, the sounds, sights, and smells from the many food stalls intensify. Among the many performers here, I enjoyed the snake charmers, story tellers, and a banjo player who plays with a rooster on his head. 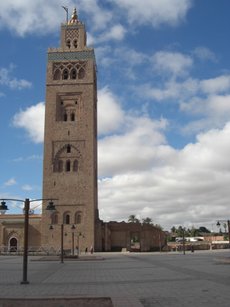 The 12th century minaret tower of the Koutoubia Mosque, the main mosque of Marrakesh. The structure is rich in moorish ornaments and proportions that I find pleasing to look at: for centuries it has been a prototype for minarets throughout the Arab world. 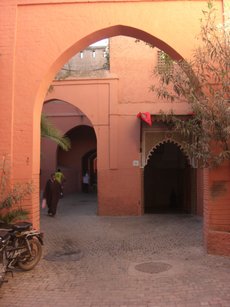 A close look reveals seven portals in this picture. The door on the right is, I believe, an entrance to a mosque. 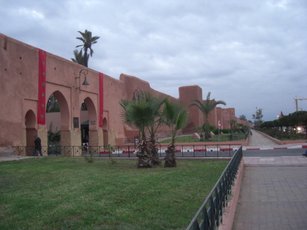 The walls of the old Medina are made entirely of clay with wooden beams through them. Go here when the evening sun bathes the walls in splendid colours; quite a sight! 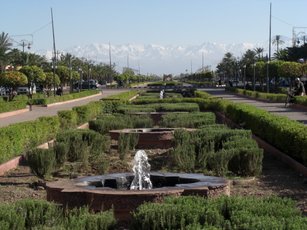 Here’s a strange thing. When I first visited Marrakesh I never saw the Atlas Mountains, which were shrouded in mist. On my second visit, with a dry and crisp February air, they towered serenely over the city and transformed it. 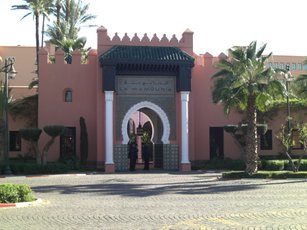 An entrance to the legendary hotel La Mamounia. Considered one of the finest hotels in the world, it is jaw-droppingly beautiful with its Arab-Andalusian architecture and large olive gardens. Oh, and they make a good fruit mojito! I visited the bar with two beautiful ladies... 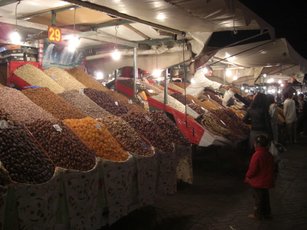 Spices, dried fruits, and nuts. It's good value for your dirhams in the maze of alleys and market squares in the old Medina of Marrakesh. 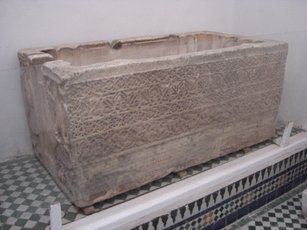 I was fascinated by this object in one of the museums in Marrakesh. It's a tank or tub carved from a single block of marble, and it's the oldest object now in the city. As far as I remember, they think it was produced in Spain around the year 1000 and transported to Marrakesh at the order of the Almoravid sultan in the 12th century where it adorned the grand mosque. 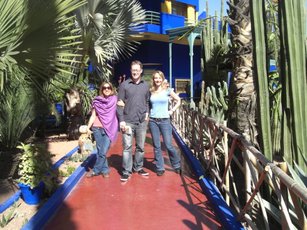 I was pleased to encounter two beautiful dryads in the Majorelle Garden. The garden was named after the designer, the French artist Jacques Majorelle. The striking colour used throughout the garden, an intense cobalt blue, is known as majorelle blue. Having a colour named after you is cool! 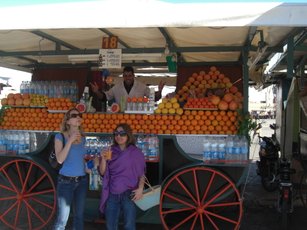 One large orange julius, please! the freshly-squeezed orange juice available throughout Marrakesh is priceless: liquid sunshine, the elixir of the gods! 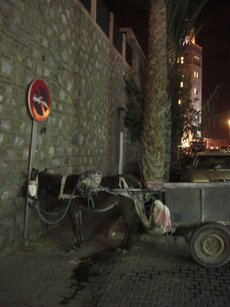 Ever wondered how to park your donkey? Put blinkers on the thing, and head against a wall; donkeys don't walk backwards! In the background is the minaret of the Koutoubia Mosque.