The 'India Paid by Batavia' handstamp was used 1847-1868 on prepaid mail (letters and printed matters) to Europe sent by English land mail ('overland mail') and/or by the British Peninsular and Oriental Navigation Company. Probably the cancel was applied in Batavia and it is found mostly on mail sent via Singapore. 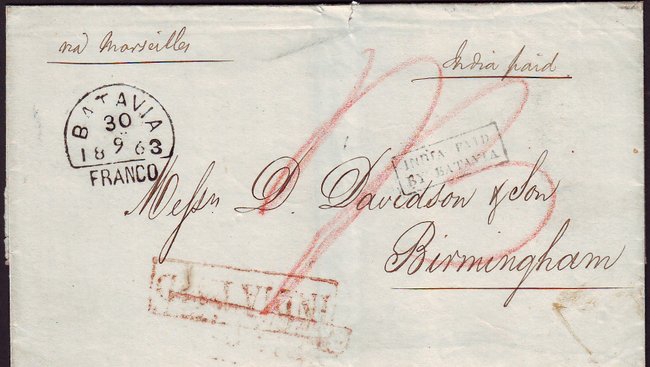 Letter sent from Batavia 30/9 1863, marked 'India paid' and 'via Marseille'. On the back is a Singapore GPO transit cancel and the receiver from Birmingham 10/10 1863. The 'India Paid by Batavia' type I in blue green was applied in Batavia. 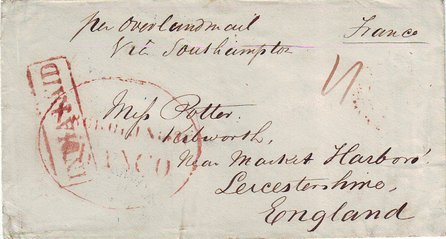 Two covers sent from Probolingo to Kibworth Beauchamp in Leicester 1962/1863. The covers show two different 'India Paid' handstamps; the framed 'India Paid by Batavia' and  the larger framed 'India Paid' in red. Carrying the directive 'per overlandmail via Southampton', the two prepaid letters went via Singapore and the English P & O Line to Alexandria in Egypt and onwards by British mail to Southampton. The tariff markings are noted on the reverse and show that the letters were charged at 55 cents and 70 cents respectively. Click here for scans of the backs. 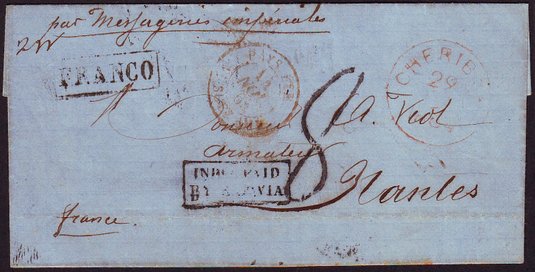 Small wrapper to France dated inside Cheribon September 24 1864, and postmarked September 29. I assume the letter must have gone by way of Batavia where the 'India Paid by Batavia' and the boxed 'Franco' were applied.

Interestingly, the letter has been marked 'par Messageries Imperiales', indicating that it was sent by the French shipping company (from 1871 the Messageries Maritimes). This indicates that the 'India Paid by Batavia' was used not only on mail sent by British shipping liners.

As indicated by the French circular mark 'Pays Etr. v. Suez Amb.' (foreign countries via Suez Ambulant) the letter was routed via Suez. It was taxed at the standard 8 decimes (per 7,5 grams). On the back is a Paris cancel of 15 November 1864. 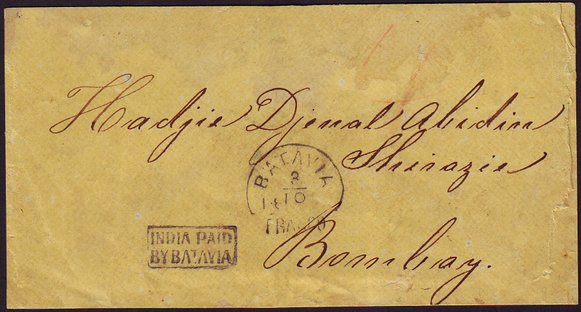 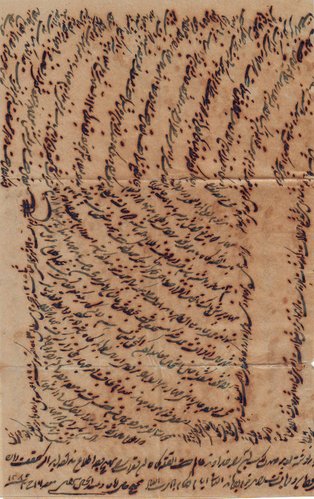 The rare type II 'India Paid by Batavia' on a cover from Batavia to Bombay. This is one of a very few examples of the cancel used on a letter not sent to Europe. It was sent from Batavia 3/10 1868 (the latest recorded use of the cancel is 8/10 1868) and on the back is a Singapore transit cancel of 1868 (date unclear).

The Batavia franco cancel indicates that the letter was prepaid, but there are no tariff markings to be seen.

The letter is part of a well-known Indian merchant's correspondence, and, unusually, the full written contents has been preserved.