the Weltevreden substitute cancel of 1885 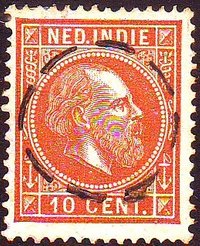 The broken ring cancel used in Weltevreden in 1885 remains somewhat of a mystery.

The precise use of this cancellation is uncertain but I think of it as a substitute cancel, used at a time when the numeral cancel 1 of Weltevreden must have been unavailable, damaged, or deliberately taken out of use. It is clear that the numeral cancel 1 so far has not been found in use in the period when the broken circle is recorded: the two cancels did not overlap but appear to have replaced each other. As the envelopes below show, the small round date cancel of Weltevreden remained in use during this period and was also used to cancel stamps (mostly on printed matters).

The earliest recorded use of the broken circle is February 3 1885, and the latest is September 2 the same year. The cancellation is found in a colour spectrum from black to dark purple. It is not uncommon on certain values of the Willem III issue, but it is extremely rare on the numeral issue used from 1883 and on the postage due stamps issued in 1882.

It is a rather intriguing cancel which leaves some questions unanswered. Did the very large post office of Weltevreden have more than one hand cancels of numeral 1 to cancel a voluminous mail? It is unlikely that several cancels would go missing at once. Why is the cancel rather common on the 2.5 gl Willem III stamp? This top value cancelled by the ring cancel often looks unusually tidy and not like it was used on heavy parcel mail. Perhaps this value was cancelled en masse or to order with the broken circle.

We can only hope to find a Weltevreden post office circular from the period that explains more about this peculiar cancellation and its usage. 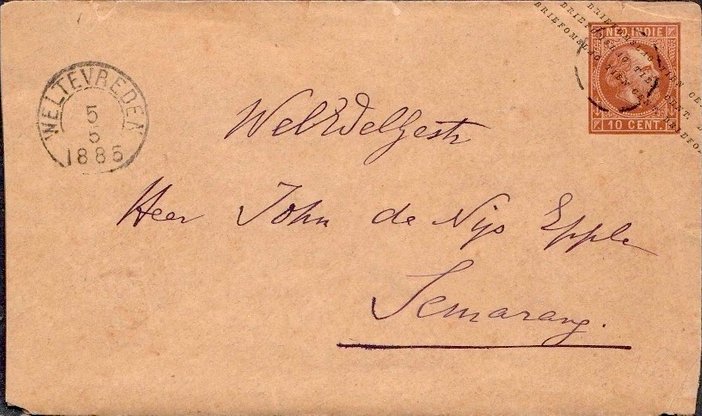 The broken circle used in Weltevreden May 5 1885 and received in Semarang May 8. This envelope with overprint over the stamp (Geuzendam 5) was issued in the autumn of 1881. The circle cancel is very rare on envelope and post card, but it is on this envelope that it is most commonly found. When this letter was sent, the Weltevreden substitute cancel had been in use for at least twelve weeks. 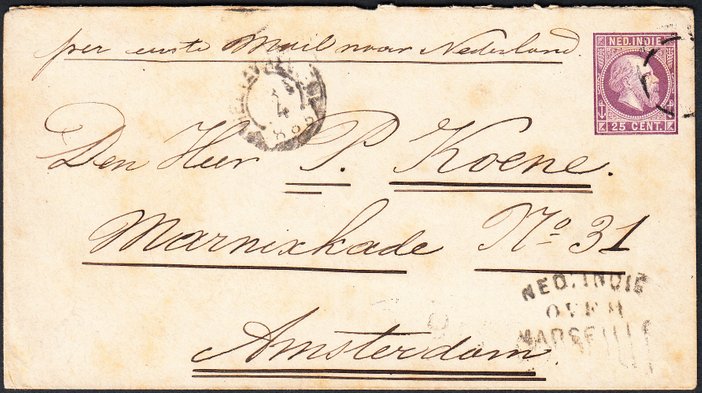 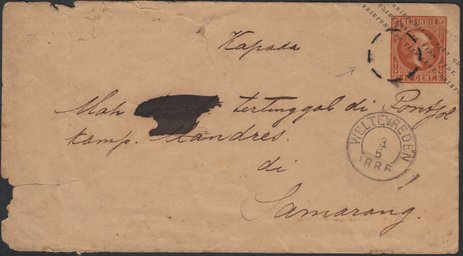 Weltevreden May 3 1885 and received in Semarang May 6.

Two mysteries on one stamp: the broken circle cancel is here used with a very odd-looking circular tripartite cancel. It looks like a crude cork cancel, not unlike the so-called fancy cancels that were used in the United States in this period. I do not know of this cancel used in the Netherlands Indies. Can anyone help? 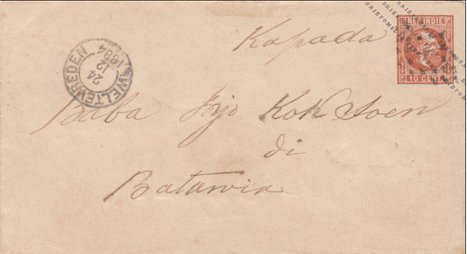 The Weltevreden substitute cancel on the different values and perforations 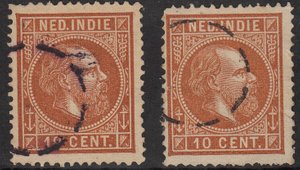 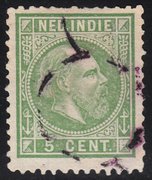 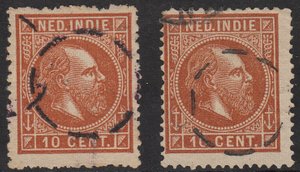 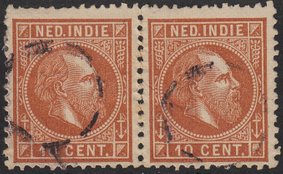 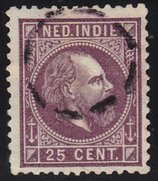 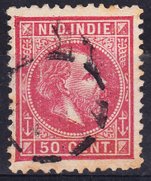 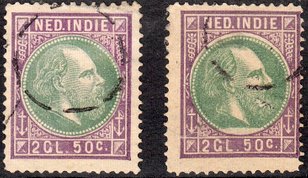 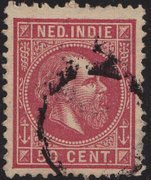 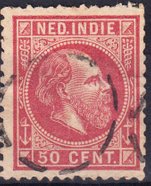 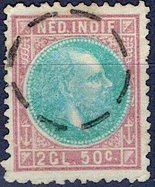 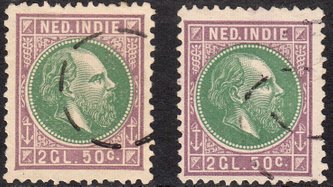 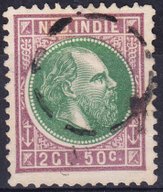 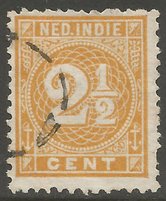 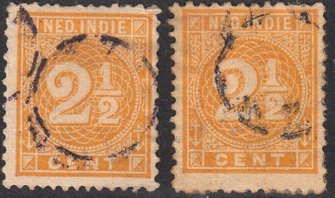 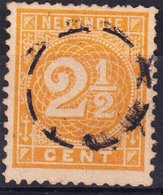 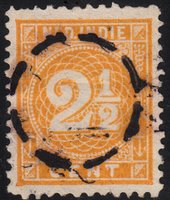 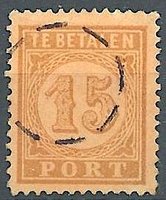 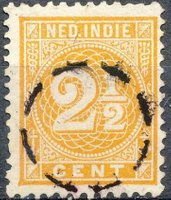 Broken circle cancel on 15 cent of the first issue due stamp. The only recorded use on this issue. 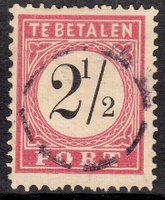 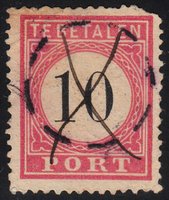 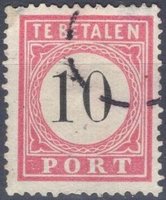 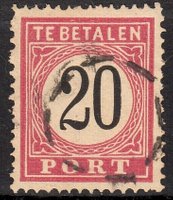 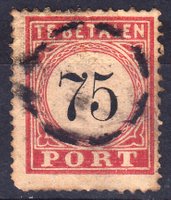