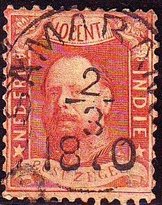 The first recorded use of the round cancel is Batavia Aug 17 1861, but it was in use with all post offices from 1863. The postmark was intended as a datemark and not as an obliterator of stamps. The exception to this is on printed matter and sometimes on postcards where the round cancel was used from 1874 to cancel the lower-value stamps. 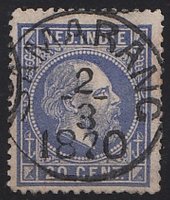 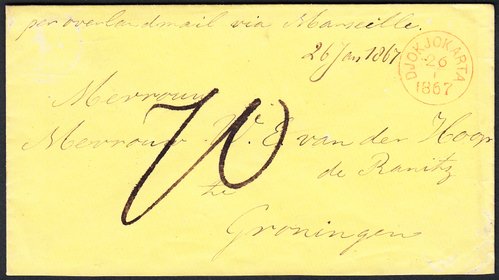 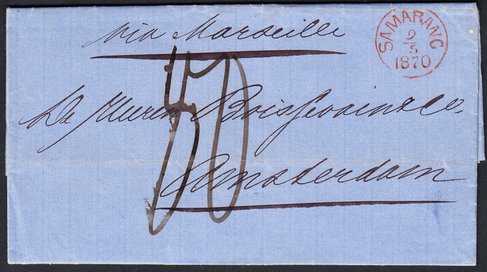 Round cancels in red used as datestamps on mail from Djokjakarta and Samarang in the early philatelic period. Mail sent via Marseille to the Netherlands and charged 70 and 80 cent. 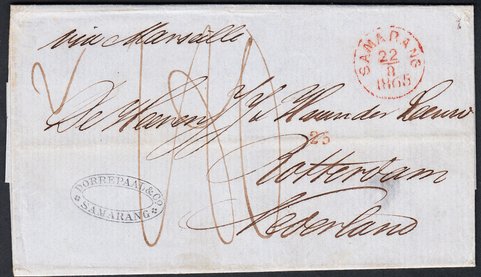 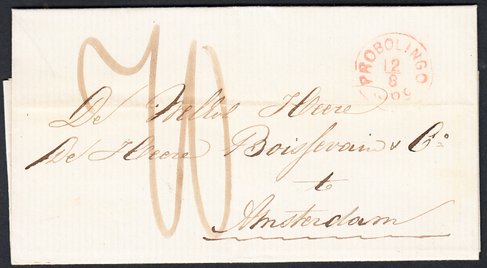 Samarang and Probolingo datestamps of 1865 and 1869 sent by the overland mailvia Marseille to the Netherlands. The letter from Samarang was second weight and charged double rate of 180 cent. 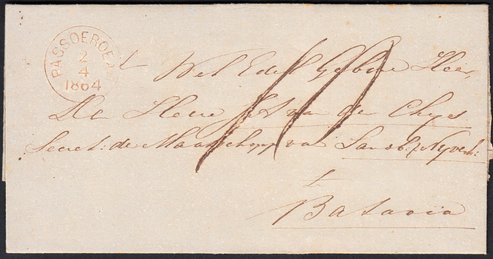 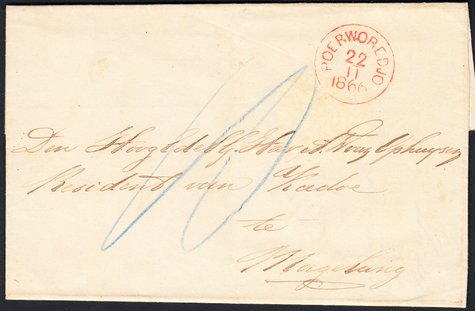 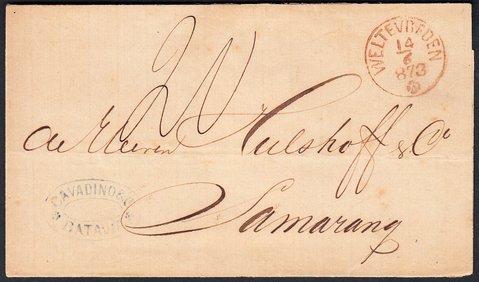 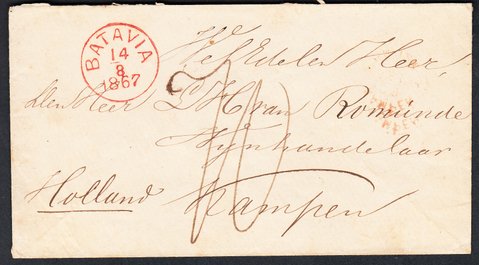 Passoeroean 1864 and Batavia 1867, round datemarks struck in red on domestic letter and letter to the Netherlands. The letter from Passoeroean was postmarked 2. April 1864, the day after the introduction of the postage stamp, but it was still possible to send unpaid mail at no additional charge.

Round cancels of Poerworedejo and Weltevreden on unpaid domestic mail from 1866 and 1873. From 1872 unfranked mail was charged double rate which explains the rate of 20 cent from Weltevreden (note also the missing number 1 in the year). 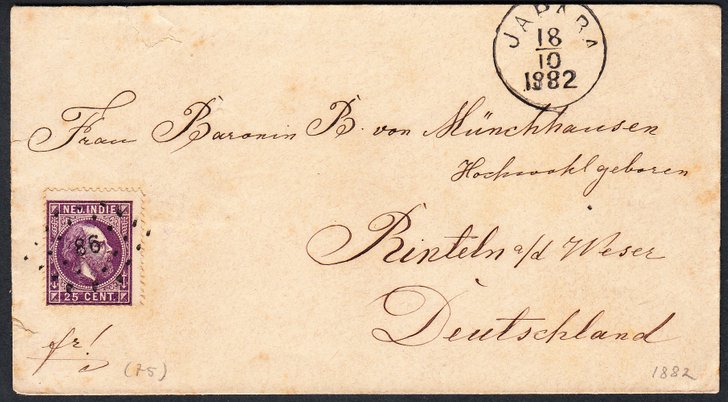 Japara in Central Java did not have the small-round postmark (as far as I can see) and used the round cancel into the early 1890s.

Pekalongan also used the round cancel into the 1890s. Jan. 6 1890 postcard to Amsterdam, sent via Weltevreden. 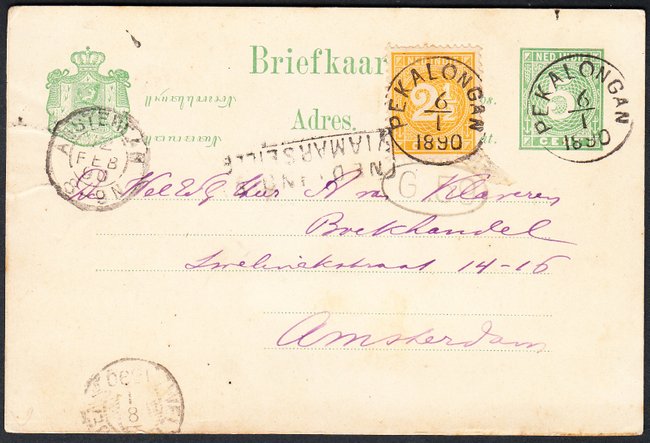